The 1972 Dual Mic, Line & Instrument Pre-Amplifier has been developed to make it ultra easy for you to capture perfect recordings every time. The 1972 gives you the ability to record pristine audio from a variety of sources and especially makes the most of the multitude of microphones that you find in the studio, from budget to high-end dynamic and also ribbon mics. Uniquely it has added features that help out in difficult to record situations that are not found on other preamplifiers.

The 1972 uses the latest THAT Corporation technology in the two independent mic preamps to provide ultra clean, transparent and precise recordings, that can be processed at a later stage using your favourite methods, be it compression, E.Q., saturation, valve, transformer or tape. Each channel is capable of 66dB of stepped gain, with an additional +/-12dB’s trim at the output, and incorporates switchable mic impedance for accurate mic matching to bring out the best from any microphone used, and also provides a way to “sculpt” the sound of passive dynamic, and especially low-impedance ribbon microphones.

As well as standard features that you will find on most preamplifiers, such as phase reverse, the 1972 also has a wealth of tools that help when recording difficult sources, making it possible to get the best quality recording with ease:

Fully variable LoCut and HiCut controls have been included to allow you to tune into recordings and remove superfluous signals in the low and high frequencies, removing rumble and hiss with ease. In addition the Shape feature allows you to bring out the bass or treble using a subtle tilt EQ.

A unique feature that has been developed by Ivor Drawmer and currently only available on the 1972 is the Lift control. Lift is essentially a low level dynamic gain module which has no effect on signals above 0dB. This makes it possible to record very quiet signals in a transparent and natural way without distortion and clipping taking place on the louder passages, and is especially effective for very dynamic signals, finding great use in recording piano, and on all vocals, including speech, and for capturing ambiance. 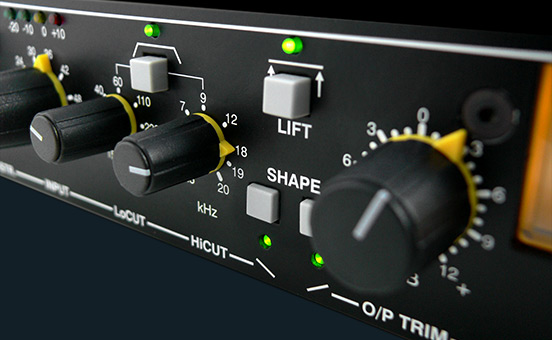 You may have encountered the general rule that the impedance of the preamp input should be 10X that of the mic to get an input impedance that is appropriate for the mic and to avoid loading the source, however, it is less known that mismatching can create some interesting tonal differences that can be used more creatively. The 1972 has 3 settings per mic input: 200, 600 and 2400 Ohms, making it easy for you to explore the various tones. The result will depend on the microphone used, as the tonal changes will be obvious with some mic’s but others will hardly alter, and on the material you're working with. 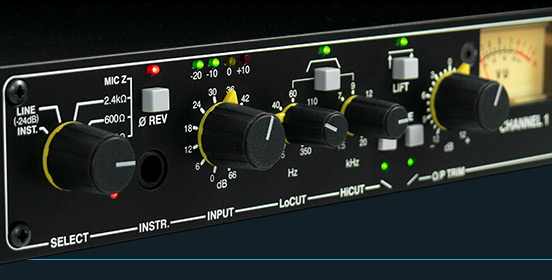 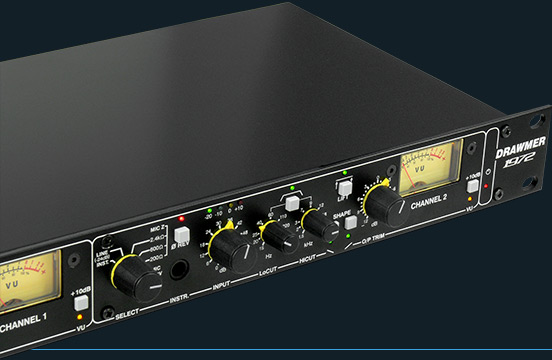